Putt Legal > About Us > Jessica Edis

Jessica Edis is an Immigration Lawyer from Perth, Western Australia and is Putt Legal’s principal having taken over the practice from founding partner Alisdair Putt in 2018.

Jessica is a highly experienced Advocate and Legal Adviser.  She worked for many years as a Federal Prosecutor as an employee of the Australian Government immediately before joining Putt Legal in 2014.

Before her engagement as a Prosecutor, she worked as a commercial litigator at Ashurst and, among other matters, conducted an immigration law practice. She was engaged by the Department of Immigration concerning judicial review proceedings and represented the Department in the Administrative Appeals Tribunal, the Federal Magistrates Court (as it then was), the Federal Court and the High Court.

Jessica also undertook several short term secondments at WorkSafe WA, as a Senior Lawyer and Director of Legal Services & Special Investigations. In addition to her work at Putt Legal, Jessica has recently worked as a Consultant Investigator to the United Nations World Food Program based in Rome, Italy. 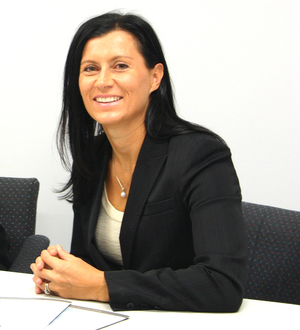 Jessica was first admitted as a Barrister & Solicitor in 2001.

If you would like Jessica to represent you or review a case, please complete our online assessment and a member of our team will contact you to arrange a time.