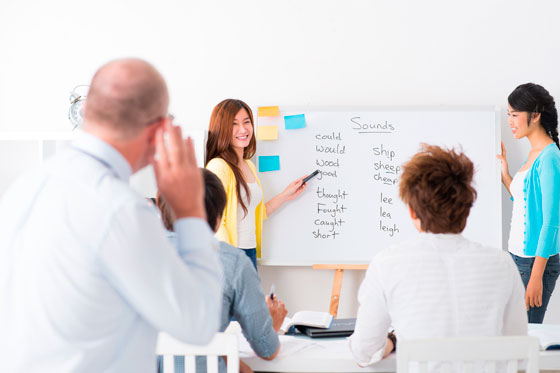 A RECENT CHANGE TO IMMIGRATION REGULATIONS PROVIDES DETAILS ON VARIOUS REQUIREMENTS FOR THE TEMPORARY WORK VISA (SUBCLASS 457) INCLUDING ENGLISH LANGUAGE CRITERIA AND THE SALARY LEVEL WHICH ENABLES AN EXEMPTION TO THE LANGUAGE TESTING.

A legislative Instrument is Migration Regulations 1994 [F2014L00327] IMMI 14/009 – Tests, Scores, Period, Level of Salary and Exemptions to the English Language Requirement for Subclass 457 (Temporary Work [Skilled]) Visas. This instrument specifies English language tests and scores for the purposes of subparagraph 457.223 94(eb)(iv) and (v) as: the OET test with scores of at least ‘B’ in each of the four OET components, and the IELTS test score of at least 5.0 in each of the four test components. Also specifies for paragraph 457.223 (4)(eb) the period of three years from the period of visa application and for subparagraph 2.72(10)(g)(iv) the period of three years from the date of nomination. The instrument inserts for subclause 457.223(11) the classes of applicants exempt from English language testing as citizens holding valid passports issued by the UK, USA, Canada, NZ or Republic of Ireland. Also applicants nominated under Regulation 2.68 in relation to an activity or occupation to be performed at a diplomatic or consular mission of another country or an office of the authorities of Taiwan located in Australia. This Instrument commences on 22 March 2014 and revokes IMMI 13/029.