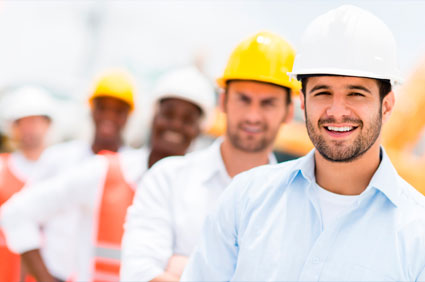 The Temporary Work (Skilled) visa (subclass 457) visa allows a skilled worker to travel to Australia to work in their nominated occupation for an approved sponsor for up to four years.

Labour market testing is a requirement for employers in the subclass 457 visa programme. This doesn’t change the intent of the programme – it means that employers must advertise vacant jobs before sponsoring a temporary worker from overseas and provide the department with evidence of their attempts to recruit Australian workers and why these attempts were unsuccessful.

It has always been the intent of the programme that businesses look to the local labour market before sourcing overseas workers to fill job vacancies and is only intended to fill short-term skill shortages.

Does the labour market testing requirement apply across the whole 457 visa programme?

What do I need to provide to meet the labour market testing requirement?

Employers need to provide information about all advertising or other recruitment efforts made during the past 12 months in relation to the nominated occupation. The department has a Domestic Recruitment Summary Table to help employers with this information. Go to the “nominate” tab, open the heading “Who can nominate” and scroll down to the title “Mandatory evidence”. Employers can use this table to summarise their recruitment information to include with their nomination.

Yes. Employers can use social media to advertise a vacant position, but will still need to provide information about the process they undertook and the results produced.

How is this information included in the eVisa nomination?

The eVisa nomination form asks a number of questions about how an employer has tested the labour market. Evidence also needs to be attached to the application, such as copies of job advertisements, invoices for job advertisements or the Domestic Recruitment Summary Table. Documents (PDF format is preferred) can be attached to the application once payment details have been provided. If evidence of the advertising or recruitment efforts is not attached, the application cannot be approved and it will be refused.

457 SPONSORS: PAY YOUR OWN WAY

Significant reforms to the subclass 457 visa were made on 1 July 2013. These included changes to sponsor obligations relating to ensuring the primary sponsored person works in the nominated occupation, not recovering, costs, and providing training.

This post will address some common questions that have been raised by employers and migration agents about the obligation not to recover, transfer or take actions that would result in another person paying certain costs.

What changes have been made to this obligation?

Specifically, sponsors must not pass on the following costs:

Sponsors fail this obligation if they pass or transfer these costs to others and the department may take actions such as barring or cancelling the sponsor from using the program, issuing an infringement notice, inviting the sponsor to enter into an enforceable undertaking or applying to a court for a civil penalty order.

I was an approved sponsor before 1 July 2013, and the overseas worker I want to sponsor lodged their application before 1 July 2013. Would I breach the new requirements of this obligation if the worker paid any of the costs listed above upfront?

Before 1 July 2013 sponsors were obliged not to recover (or seek to recover) the costs described above.

The strengthened obligation will not be applied retrospectively. In other words, if you did not recover (or seek to recover) costs before 1 July 2013, you will have met your obligation not to recover costs. From 1 July 2013, you were also required not to transfer or take any action that would result in another person paying the costs described above.

Any action or payments by a visa holder of these costs post 1 July 2013 would be a failure by the sponsor to meet this obligation.

Aren’t nominations related to the visa applicant, and therefore shouldn’t they be able to pay for the costs associated with the nomination?

Applications for nomination and sponsorship are made by prospective or approved sponsors and cannot be made by the visa holder. These costs are inherently a cost of being or becoming an approved sponsor and must be borne by the sponsor. If a visa holder pays for sponsorship or nomination costs on behalf of the sponsor (after 1 July 2013), this is a failure of this obligation.

What constitutes recruitment costs that must not be recovered, transferred or charged to sponsored persons?

Recruitment costs include costs paid in connection with finding and attracting an employee—what these costs include will depend on the specific circumstances of an individual case.